However, Akanksha was given 2nd rank because of a tie-breaker rule preferring the older candidate to rank higher. These are pre-declared rules of NEET. Last year the NEET topper scored 701 out of 720. It has been learnt that Akanksha had joined Aakash Institute, Delhi for her preparations whereas Soyeb was a student of Allen Coaching Institute.

Students appear for neet exam to get admission to medical college. There are 3 girls among the top 5 positions. However, 4 girls and 6 boys have made their place in the list of top 10. The top 10 ranks hail from Orissa, Delhi, Telangana, Rajasthan, Haryana, Andhra Pradesh, Tamil Nadu, Karnataka and Gujarat. Andhra Pradesh and Telangana students have done quite well in NEET as there are 8 candidates from Andhra Pradesh and 7 from Telangana alone in the top 40. There was one candidate from Bihar (rank 35) in the top 40. There is a 15% All India quota in all the Government medical colleges. Rest 85% is filled from the state for which one needs the domicile of the state.

Singh has become the first girl from rural Purvanchal who cleared the medical entrance exam. When asked about her dream, she said, “Earlier, I wanted to be an IAS officer, but from Class 9 onwards, I wanted to be a doctor only,”

NEET 2020 for UG is the main national level entrance exam conducted by the NTA for entrances into the top medical and dental colleges of India. There were around 16 lakh registrations for NEET this year. However, many could not appear for the exam due to Covid-19. With the permission of the Supreme Court, NTA conducted another NEET exam for those who suffered from Covid-19 and hence could not attend the exam on September 13th. Out of the 13.6 lakh candidates who appeared, only 7.7 lakhs have passed the NEET 2020 exams. The results could be checked here. 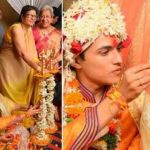 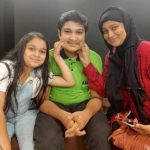