Hindi cinema, also known as Bollywood, is one of the most prolific centers of film production in the world. Bollywood has produced several legendary actors since it came into existence.

Everyone starts taking interest in their life. There are some actors in Bollywood who are making headlines for all the controversial reasons. Every photo associated with them is going viral on the Internet. Due to their photos, they were caught in the whirlpool of controversy on social media. We are going to show you some of their pictures which attracted criticism.

Let’s take a glimpse at five such incidents that had sparked up controversies involving some of the biggest names of the Bollywood film industry.

Bollywood star Akshay Kumar is one of the most reputed and skilled actors in the film industry. He gives absolutely everything to entertain the audience which makes him unique from other actors.

One of his pictures went viral on social media in which he was seen taking off his pants with his wife Twinkle Khanna. It is said that he was promoting a brand of jeans and It was written in the script that Akshay will open these buttons from a model.

But Akshay has never imagined that promoting a brand of jeans will put him in controversy. Actually, a person filed a police complaint against him for taking off jeans in public. As a result, he had to make rounds of the police station.

Katrina Kaif, the svelte beauty of Bollywood hogs all the limelight wherever she goes. The Kamli girl Katrina Kaif known for her insane dance moves was captured drunk after the party. She was drunk while returning from the party. The actress was so drunk that she was not able to walk and needed support from a person to put her in the car.

While holding her, his hand got inside her dress, which was an embarrassing moment for the Bollywood glam queen and this sparked a sheer controversy on the various social media platforms.

A picture of Katrina Kaif and Rani Mukherji went viral on social media in which both actresses can be seen kissing each other. However, the picture was clicked with the two actresses being in an awkward position, which made the people assume that they were about to kiss.

This picture shows Aishwarya Rai-Ajay Devgan hugging each other in an award show. But this time Aishwarya closes her eyes and kisses Ajay Devgan’s lips by mistake. Now because of this small mistake, she was trolled on social media.

It was the most embarrassing moment in the lives of Aishwarya Rai and Ajay Devgan. The picture went viral on social media like wildfire.

Aishwarya Rai is the daughter-in-law of Bollywood superstar Amitabh Bachchan. In this photo, Aishwarya is kissing the cheeks of Big B. However, the awkward timing of the picture depicts it as if the two were heading for a smooch, which, of course, caused huge controversy on social media. 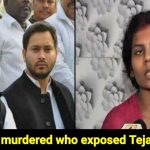 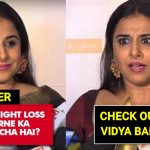