Bollywood actor Rishi Kapoor’s connection with his son, Ranbir Kapoor, might have developed gradually after his recent battle with cancer. But there was an occasion when the veteran actor had admitted to having emotionally disturbed with his son’s behaviour.

Taking a trip down the memory lane, in 2015 Mumbai Mirror interview, Rishi Kapoor spoke about how poorly he and his wife Neetu took Ranbir Kapoor’s decision to move out of the family home and live with his ex-girlfriend Katrina Kaif.

Rishi Kapoor added: “My father gave me space when I moved out after marriage and I give Ranbir his space too when he decided to move out and share a home with his girlfriend. In this house, he had one room: how could that be enough for a 33-year-old boy? He’s a great son, he listens to me but I don’t interfere in his career because my career is mine and his is his. I know I’ve screwed up my relationship with Ranbir even though my wife kept telling me about what I was doing. It’s now too late to change it; both of us will not be able to adjust to the change. It’s like there’s this glass wall, we can see each other, we can talk, but that’s it. He doesn’t live with us anymore, which is also a very big setback to Neetu and me. We’re building a new home where there will be a lot of place for him and his family. Till then, life goes on.”

He also said that he is indeed proud of his son for carving out a reputation for himself as a respectable personality among his peers.

“I’m told, and I’m very proud of it, that Ranbir is very well behaved, polite, down to earth, decent, cultured, well spoken, warm, and respects his elders. The credit for all this goes entirely to Neetu. I was diametrically opposite when I was his age, being arrogant and brattish, but what the hell? It was 1974, I was being paid a salary of Rs 5 lakh a month and half the world was crazy about me. But now I’ve mellowed,” he said.

He continued, “Out of respect I was always very scared of my father. I don’t know about Ranbir; of course he respects me, but I’ve never been friends with him and that is my biggest drawback. It’s also a deep regret but again, I don’t know. Only time will tell if it is something that’s good or not. I used to drink with my dad, though out of respect, I never smoked in front of him. Similarly I can share a drink with Ranbir, but he doesn’t smoke in front of me though I know he smokes. I never made friends with Ranbir and though I regret it, I am also not one of those guys who would want to be on back-slapping terms with my son.”

It is also to be noted that Ranbir Kapoor was by his father’s side for most of last year, when Rishi was undergoing treatment for cancer in New York.

Ranbir Kapoor would often visit his parents in New York along with his current girlfriend, actress Alia Bhatt.

The actor is survived by his wife and actor Neetu Kapoor, son Ranbir Kapoor and daughter Riddhima Kapoor Sahni.
Rishi was diagnosed with deadly disease cancer in 2018 and had returned to India from New York in September last year, following his cancer treatment. He was taken to the hospital on Wednesday morning, his brother Randhir Kapoor told yesterday. 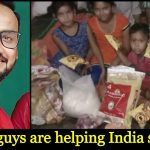 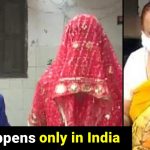