Hindi cinema, also known as Bollywood, is one of the most prolific centers of film production in the world. Mumbai is the capital of the film industry and home to Bollywood. Indian cinema has given n number of superstars who have made a great contribution to the film industry. Over the years, Bollywood has emerged as one of the biggest industries in film production. It has given golden opportunities to thousands of people who have fulfilled their dreams. Several actors have achieved new heights and become a role model for millions of people. Today, we are going to display a list of top 10 famous Bollywood actors in 2019.

Born on April 24, 1987, in a Bollywood family in Maharashtra, handsome and talented son of director David Dhawan, Varun Dhawan has done many films since he made his acting debut with Johar’s romantic comedy Student of the Year. He stands in the list of top 10 famous Bollywood actors 2019.

Born on September 28, 1982, in Mumbai, Maharashtra, the multi-talented son of actor Rishi Kapoor and actress Neetu Singh, Ranbir Kapoor is well known as the chocolate boy in Bollywood industry. He has proved his acting skills by appearing in many successful films including Sanju, Barfi!, Yeh Jawaani Hai Deewani, Rockstar, Ae Dil Hai Mushkil, and many more. He has received 5 Filmfare Awards.

Hritik Roshan has left a long-lasting impression with his acting as well as dancing. He is the son of Bollywood actor Rakesh Roshan. His film Super 30 has earned him huge respect. He has appeared in several hit films including Jodhaa Akbar, Agneepath, Guzaarish, Krrish, and many more. He is well known for his fitness and charming personality. He has received numerous awards including Filmfare, IIFA, Screen Awards, Zee Cine, and many more.

Amir Khan, also known as Mr. Perfectionist, is a popular actor, producer, and director of films today, winning 4 National Film Awards and 8 Filmfare awards. Khan falls in the list of legend actors in India. He does only one film in a year. He has delivered n number of hit films such as Raja Hindustani, Fanaa, Mangal Pandey: The Rising, Taare Zameen Par, 3 Idiots, Dhoom 3, Ghajini, Dangal, etc.

Shahid Kapoor is a very energetic actor and is very passionate about his acting. He possesses the ability and strength to attract crowds towards his movies. He is not only a great actor but also a wonderful dancer. He has appeared in several successful films like Vivah, Jab We Met, Haider, Kabir Singh, and many more.

Shahrukh Khan, (well known as King Khan) is one of the most prominent actors all over the world. He has left a great impression with his acting on everyone’s mind. He still secures his position among the most famous actors in Bollywood. King Khan has given several hit movies ever since he started his career. He has a huge fan following across the globe.

Dabang Salman Khan is a popular name in Indian cinema who has given n number of hit films. Dabang Khan has been ruling the Indian cinema for over 3 decades. He has a huge fan following across the country. Salman has also appeared as the host in reality show “Bigg Boss”.

Bollywood has witnessed Ranveer Singh emerging one of the most dynamic leading actors in recent times. He has proved himself through his acting skill that he is a versatile actor as he has done different kinds of roles in movies like Band Baaja Baaraat, Padmaavat, Bajirao Mastani, Gully Boy, and many more.

Khatron Ke Khiladi Akshay Kumar is a legend who needs no introduction. Akshay holds the record for delivering the maximum number of movies in a year. He has been given the National award. He is a very punctual person and never compromises with his fitness. He has given more than a hundred films so far which makes itself a record in Hindi Cinema. 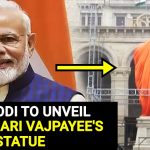 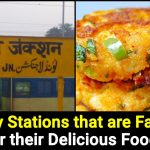