The eagerly-awaited Indian Premier League (IPL) 2020 has already commenced from September 19. The 13th edition of the league was supposed to start from March 29 but due to coronavirus, the world’s premier tournament was postponed for an indefinite period. Now, IPL 2020 is being held in the UAE.

From the performance of the players to their activities, people are watching. Cricketers are very active on social media, they are sharing all the information about their life on social media.

Mohammed Shami, who is playing for Kings XI Punjab, may be very upset in his personal life, but in Dubai, he is taking various therapies to keep his mind and focus on the game.

Shami recently shared photos on social media which went viral like wildfire. In the photos, he is seen taking cupping therapy in Dubai. It is said that human skin glows after this painful therapy.

As soon as he shared the picture, netizens expressed their thoughts in the comment section. One social media user wrote, ‘This looks scary!’ Another wanted to know if a cupping therapy has any benefit or not and commented, ‘I have one doubt what is the benefit of doing this.’ Some of the social media users who are not aware of this therapy wanted to know what this is all about. We came across comments such as ‘What is this???’, ‘Koi btayga kya h ye’, among others. Indian cricketer Irfan Pathan also commented on his photo.

Mohammed Shami is considered one of the best bowlers in the Indian Cricket Team having several records in his name. Shami created history after bagging a hat-trick in the 2019 world cup. Mohammed Shami got married to Hasin Jahan on July 6, 2014.

There are three grounds available in the UAE – Dubai International Stadium, Sheikh Zayed Stadium (Abu Dhabi) and the Sharjah ground.

As far as COVID-19 protocol is concerned in Dubai, there is no need to be in quarantine if people are carrying a negative COVID-19 test report, but if they are not, they will have to undergo a test. 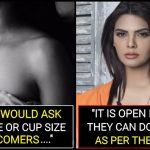 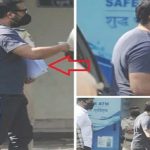