Team India pacer Mohammed Shami’s estranged wife Hasin Jahan once again hit the headlines for sharing her bold pictures on the social media platform. Hasin Jahan, on Sunday, took to Instagram and shared her topless picture with the cricketer and sparked a huge controversy.

Now you are something and I am impure. Drape of lie cannot hide the truth. Crocodile tears only last long. Picture model Hasin Jahan with Cricketer Mohammed Shami),” she captioned the picture on Instagram.

However, it is quite easy to figure out that the picture is old. The recently uploaded picture seems to be one from her modelling days. Netizens launched a scathing attack on Hasin Jahan for posting bold picture with her husband.

Jahan worked as a model and cheerleader in Kolkata before tying the knot with Shami. She has been posting videos to attract and gain more followers. Jahan now went a step ahead and posted topless picture on her Instagram handle.

Mohammed Shami is considered one of the best bowlers in the Indian Cricket Team having several records in his name. Shami created history after bagging a hat-trick in the 2019 world cup. Mohammed Shami got married to Hasin Jahan on July 6, 2014. However, it is said that the relationship between Team India star player Mohammed Shami and his wife Hasin Jahan is not good.

They live separately and Hasin has sought a divorce from Mohammed Shami. The matter between the two came to light in 2018, when Hasin Jahan accused Mohammad Shami of match-fixing and having affairs with other girls. 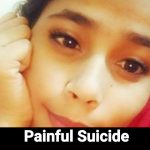 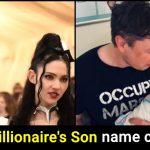