Filmmaker Anurag Kashyap arrived at the Versova police station here on Thursday after he was summoned by police in connection with a rape case filed against him by actress Payal Ghosh, an official said. Kashyap along with his two associates reached the police station around 10 am, he said.

An old debate has erupted on Twitter after recent pictures of the filmmaker Anurag Kashyap went viral. This debate is about not showing documents.

When the Citizenship Amendment Bill was passed by both houses, several violent protests were held by rioters across the country. Bollywood celebrities like Anurag Kashyap, Swara Bhaskar, and Vishal Dadlani came in support of protesters and raised slogans like “Kagaz Nahi dikhayenge (we will not furnish our papers)”.

Now, the Bollywood director is being trolled by social media users over his old tweet. During the protest against CAA, Kashyap tweeted that he would not show his documents. Anurag Kashyap is being asked various questions by users. One user asked him how he got his documents back when he had already burnt them.

Recently, actress Payal Ghosh accused filmmaker Anurag Kashyap of sexually harassing her. Later, she filed an FIR against him at the Police station.

In her statement, the actress revealed that she had three meetings with the director back in 2013. She revealed that it was during the third meeting in his house that Anurag Kashyap suddenly pushed her to the sofa, opened his pants and forced himself on her. “I tried to shout a lot but he pressed my mouth and raped me,” she said in her police statement.

Later, the police issued summons to Kashyap in connection with the rape case against him. The Versova police registered an FIR against Kashyap on September 22 after the actress along with her lawyer Nitin Satpute approached the police, the official said.

On Monday, Ghosh in a joint media press conference with Athawale, president of the Republican Party of India (RPI-A), demanded that Kashyap be arrested.

Athawale on Monday met Mumbai”s joint commissioner of police (law and order) Vishwas Nangare Patil along with Ghosh, seeking action against the filmmaker.

The Union minister had also said his party will stage a protest if the police do not arrest Kashyap in a week. 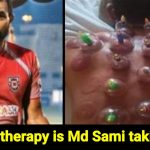 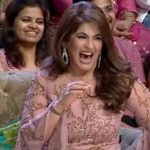