There was a time when Anil Ambani was among the top industrialists of India and now the situation has become so worse that he had to sell jewelry to pay his lawyers’ fees.

“My expenses are minimal and being borne by wife and family. I don’t have a lavish lifestyle and no other income. I met legal expense by sale of jewellery and, if I have to meet further expenses, (it) will be subject to approval by the assets,” Ambani told the court in a virtual hearing where he appeared from India.

Anil Ambani, who’s the younger brother of the World’s 4th richest man Mukesh Ambani, said that there were several speculations made by media that he owns expensive cars. Ambani said during his hearing that he is running out of money and he has even taken loans from his mother and son. Ambani said that he had outstanding loans of Rs 500 crore to his mother and Rs 310 crore to his son, Anmol.

Ambani was asked various questions about his assets, expenses and total liabilities for more than three hours. Though Anil Ambani had sought that the matter should be held in private, the request was declined by the court.

As his evidence progressed, the court also heard that he has received loans from his son. He appeared under Rule 71 through which a judgment debtor comes to the court so that further information can be obtained to enforce the judgment debt.

The judge even stated during the proceedings that Ambani had requested a private hearing to save himself from “embarrassment”.

The UK court in May had asked Ambani to pay nearly $717 million to three Chinese banks as part of a loan agreement in 21 days. Ambani took loans worth $925 million from these three banks in 2012 on his personal guarantee.

It is said that when Ambani could not pay the banks as per the court’s direction, the court directed him to provide a list of assets over 100,000 US dollars along with bank statements and credit card statements for the last 24 months.

Ambani has maintained that he has negative net worth, which the Chinese banks have countered, citing his luxurious lifestyle and the support that he has received from his elder brother Mukesh Ambani. 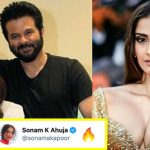 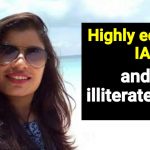