There is a war-like situation between India and China in Ladakh. The Indian Army has reportedly occupied heights on the north bank of Pangong Tso which overlook Chinese positions on the ridge lines in the Finger 4 area. This means that the Indian Army now has a tactical advantage on both the north and south banks of the Pangong Tso.

Chinese troops are making all possible efforts to regain lost ground on the south of the lake where India had in a pre-emptive move occupied two dozen strategic heights. The Indian Army is in high spirits whereas Chinese soldiers are in a state of panic. According to reports, Chinese troops are falling ill due to cold temperatures in Ladakh.

Chinese troops could not withstand the cold weather in Ladakh, as a result of which they were taken to hospital due to illness. They were admitted to a hospital built thousands of feet above sea level near the figure area on the opposite shore of Pangong Lake. India and China had deployed one lakh of their respective armies. It is being told that the Chinese and Indian troops are only a few hundred meters apart.

Winter is now going to enter Ladakh East. The bone-chilling cold is about to begin. In the cold, especially in areas thousands of feet high, oxygen levels are lower than in the foothills, making breathing difficult. Chinese troops had difficulty breathing in the thousands of feet above sea level.

It is true that Indian Army troops have had longer and deeper experience at far higher altitudes. It has been reported that troops from both sides have fired warning shots into the air as many as four times between August 29 and September 8.

Indian and Chinese forward posts are keeping a hawk’s eyes on the effects of weather, there have been occasions when troops from each side have received medical treatment.

Ladakh is one of the coldest regions of India. In the winter season, most of the part of Ladakh is covered with snow. In Ladakh, winters are very cold and heavy snowfall is common, making it very harsh weather for soldiers.

Experts say there are strategic ideas behind China’s aggression as it wants to consolidate its stand in the Ladakh region to administer its ‘One Belt One Road’ initiative. However, Chinese forces have severely objected India’s construction of roads in the Galwan Valley near LAC. Whatever be the reason, New India’s response was clear and loud. India not only stood firmly against Chinese troops but also took stern steps to hit China hard economically. 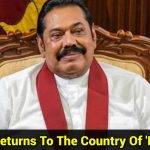 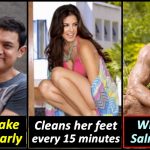