The coolest business tycoons in India is an inspiration to millions of youngsters and at the same time, he is loved for his sense of humor and wittiness. He has a huge fan-following on social media, especially on Twitter.

Recently, a fan caught the attention of the business tycoon with his hilarious request. The fan commented on one of the tweets of Anand Mahindra claiming to be his biggest fan and then requested him to gift a Mahindra Thar on his birthday to him. The fan wrote:

“Sir.. Big fan of yours. Can you gift me a Mahindra Thar on my bday…?”

Anand Mahindra came up with an epic reply to the fan’s request, leaving the netizens in stitches. In his witty reply, the business tycoon gave his followers, word lesson of the day for the word ‘Chutzpah’. Mocking the fan for his request, Anand Mahindra wrote: 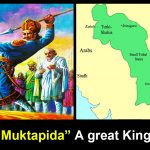 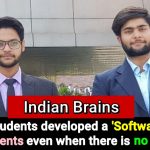