Marriage is a life-long journey between husband and wife where two people make their relationship publicly and officially. It is the joining of two people in a bond that lasts until death, but at times, it is often cut short by divorce due to misunderstanding or some personal issues between the couple.

However, it appears that traditional practice is no longer followed in Muslim community because Maulana preachers are spreading awareness in Muslim gathering that wives should whole-heartedly support their husbands in marrying multiple women as they feel it is a matter of faith.

It may look strange to all of us but it should be noted that the traditional Sunni and Shia Islamic marital jurisprudence permits Muslim men to be married to multiple women. It is a common practice known as polygyny and polygamy. Yes, even up to four any one time.

Maulana Anjum Rizvi has made a very controversial remarked against Muslim women.”Women should support their husbands in marrying 3-4 other women”, he said. He goes on saying that today’s women are of cheap mentality”.

Maulana Sahab should be ashamed of his cheap mindset. “Maulana added another spark to his speech, saying “the sexual lust of men can not be quenched by just one woman, therefore wife should allow her husband to get more women for sexual cause”.

It is surprising to see that people present at the event had cheered his stupid comments, which indicates they gave a thump’s up to his venous view. Needless to say, such opinion should not be cheered, rather be criticised. 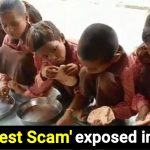 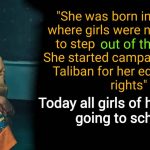