We often forget doctors who work day in day out for the well being of society. They know the value of time and work tirelessly to help patients. With sheer grit, dedication and determination, they have set a perfect example for the present and future generations. There is a famous saying that “Doctor is the second form of God”.

Amid the ongoing coronavirus outbreak, doctors, who are putting their lives at risk and treating coronavirus patients, have not been spared by the COVID-19.

Meanwhile, a photograph of a funeral procession is going viral on social media with the claim that recently a Hindu doctor died of COVID-19 in Pune. Sharing that photo, users claimed Muslims in Pune performed last rites of a Hindu doctor Ramakant Joshi who lost his life while treating coronavirus patients.

Users are making claims that these Muslims belonged to Tablighi Jamaat. They immediately stopped their work of Islamic preaching and arranged for the funeral of Hindu doctor, a post by Mohd Jilani stated.

Even a user shared the photo on Twitter, claiming that the funeral procession of a Hindu Doctor from Pune was conducted by local Muslim youths in absence of his family members.

Later, the truth has come to the fore the photo which is doing the rounds on social media is from April this year when the funeral procession of a Hindu priest Ramesh Mathur was carried out by people in his neighbourhood. The claim is false. The photo is from a separate incident that occurred in April, 2020.

Using relevant keywords, we found a Times of India report dated April 30, 2020. Titled ‘Fasting Muslim men take out funeral procession of Hindu priest in Meerut’, the report mentioned that Mathur stayed in a Muslim-dominated locality. After he passed away, many from the neighbourhood shouldered his body to the crematorium. The post carried the same image as the one shared above.

However, it should be noted that Mathur did not die of coronavirus. The protocols for the last rites of coronavirus victims does not allow such crowded procession. Moreover, we could not find any credible news reports of Muslims performing last rites of a Hindu doctor who died due to Covid-19.

Times Fact Check has found that a photo from Meerut has been shared on social media with a false claim that Muslims performed last rites of a Hindu doctor who passed away due to COVID-19.

“My father had a tumour in his food pipe. The treatment was going on for long. But, suddenly on Tuesday afternoon, he passed away leaving us distraught. My elder brother, who was in Delhi, could not reach home on time as there was some difficulty in arranging the pass. Relatives, too, could not come due to lockdown. This is when the neighbours came out for our help and took the funeral for last rites to crematorium,” Times Of India quoted Chandar Mauli Mathur, the younger son as saying. 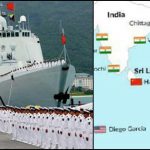