Meanwhile, senior journalist Rajdeep Sardesai made a controversial statement over the death of Sushant Singh Rajput. He said that the 34-year-old was “not such a big actor anyway for which the Mumbai Police should have been put under so much pressure”.

“People have lost their trust in the police. Questions are being raised on public institutions, IPS officers, be it Mumbai or Bihar Police. Are they really carrying out a fair probe? Let’s be very honest about it. Sushant Singh Rajput was not such a big star that Mumbai Police should be put under so much pressure,” said Rajdeep Sardesai as fellow anchor Saurabh Dwivedi asked his opinion on the Sushant Singh Rajput’s death case.

His statement did not go down well with celebrities and social media users. Meanwhile, Bollywood actress Kangana Ranaut’s team’s slammed the journalist for making derogatory remarks against the late actor Sushant Singh Rajput.

Her team took to Twitter to give an epic reply to Sardesai and asked him an apt question. The tweet read:

“Shame on you @sardesairajdeep, it is not the mafia but this prejudice that we are fighting, Sushanth wasn’t big enough or important enough, then who is important enough Ranbir Kapoor? Varun Dhawan? Sonam Kapoor? Please answer this whose life is worthy of so called pressure?”

Director Vivek Agnihotri also lashed out at Rajdeep Sardesai for his remarks on the late actor Sushant Singh Rajput. Vivek Agnihotri took to Twitter to attack Sardesai and wrote, “First Gangs of Bollywood brought in the theory of ‘mental depression’. Now the ‘Gangs of Media’ are trying new theories that #SushantSinghRajput wasn’t a big star so doesn’t deserve fair investigation. What b***shit. #WhoKilledSushant.” 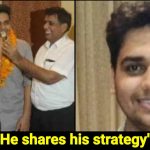 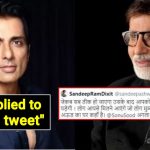