Mumbai Police has lost its credibility in the eyes of people as they are not doing a fair and impartial investigation into Sushant Singh Rajput’s death.

Not just his family, or fans, various leaders from the political parties demanded a CBI probe in the case. Mumbai police have failed completely to crack the case, hence the investigation in the Sushant Singh Rajput death case has been handed over to the CBI. The case will be probed by a special investigation team headed by IPS officer Nupur Prasad. DCP North Delhi Nupur Prasad appointed SP in CBI.

However, the Maharashtra government was not in favour of transferring the case to CBI. Home Minister Anil Deshmukh said that the case doesn’t need a CBI inquiry. Mumbai Police can handle such cases and therefore, no request for a CBI inquiry in Sushant’s alleged suicide case is being considered, he added.

Seeing anguish over the death of Rajput in Bihar, which goes to assembly polls later this year, the state referred the matter to the CBI. A state government cannot give a case to the CBI. It is routed through the Department of Personnel and Training, the nodal ministry for the CBI.

With the case handed over to CBI, the Central Bureau of Investigation has sent the Mumbai Police a strong message that Investigations will be impartial and unbiased.

Sushant’s body was found hanging from the ceiling fan of his apartment in Bandra. But Mumbai Police called it a suicide without doing a fair investigation. As many as 56 people including Rhea Chakraborty, Ankita Lokhande, his manager, Mahesh Shetty, Rumi Jaffery have been questioned so far.

The Mumbai police has recorded the statements of Bollywood directors like Aditya Chopra, Mahesh Bhatt and Sanjay Leela Bhansali.

Besides Nupur Prasad, another woman police officer, R Jayalakshmi, has been appointed as the SP in the Central Bureau of Investigation (CBI). Jayalakshmi, a 2006-batch IPS officer, is working in her state cadre of Andhra Pradesh. 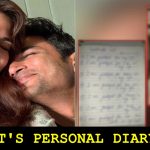 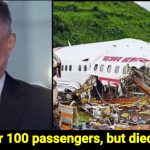