Seven decades after the Independence of the country, Some far-flung villages in Jammu and Kashmir’s Shopian area have finally got electricity under the Saubhagya scheme. The electricity to these villages has been provided under the central government scheme, Pradhan Mantri Sahaj Bijli Har Ghar Yojana which was launched by Prime Minister Narendra Modi in 2017. Saubhagya, under which households across the country that have no access to electricity, will be given power connections free of cost.

These villages, located in the remotest areas of Jammu and Kashmir, remained un-electrified for several decades. people residing in these villages are very happy after receiving electricity for the first time since its existence of 70 years.

According to reports, five transformers have been installed in the area and were commissioned within seven days to bring electricity to these villages.

“We had never seen electricity in our life. We feel good that this remote area finally received the electricity,” an elated local Muhammad Aslam told a local news channel. Another resident Muhammad Awan, an elderly person said these villages were without electricity since he was born. “We are happy now. Our homes have been lit up,” he said.

Farooq Ahmed, Asst Executive Engineer in the Power Development Board, said that the villages are in high-altitude areas and the households were unelectrified through all these decades. Under the Soubhagya Scheme, the households were identified and steps were taken to electrify the hilly area.

It is surprising that electricity hadn’t reached these villages after so many years of independence. For 70 years, the lives of the people were engulfed by darkness, which has got dispelled now and there is brightness in their lives. This step ensures the lives of the countrymen be full of shine. 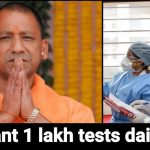 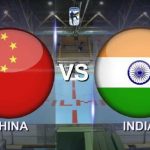