One such video from Karachi, Pakistan is doing all the rounds on social media for the same reason. In the video, robbers can be seen returning valuables to a food delivery man, from whom they were trying to steal. Yes, you read that right.

The incident was captured on CCTV. The heart-touching incident took place in Karachi when two robbers on a bike approached a delivery boy and tried to snatch precious things from him. On this, the delivery boy broke into tears. Seeing his plight, robbers had compassion on him and in an apparent change of heart, the two men returned valuables to him and also gave him a hug.

The video has won millions of hearts and has garnered around 7 lakh views and 11 k likes so far. In the footage, the delivery man completed his job and returned to the spot where his bike was parked. However, as he was about to proceed to climb the bike, two masked man arrived at the spot and made an attempt to steal his valuables. After robbing him, the two, instead of fleeing, engaged in a conversation with the delivery man. The man then broke into tears. Upon seeing this, the robbers returned all his valuables, hugged him, and then fleed from the spot.

Ever since the video was uploaded, Twitter has been flooded with several comments by social media users.

One user wrote, “A strong message that humanity does exits somewhere inside us but circumstances have compelled us to go in the wrong direction.”

Another commented, ”A small act of kindness has moved us to tears. This tells a lot about the kind of toxic environment we live in. Little things make a big difference. Humanity is what will save us. Act kindly.” 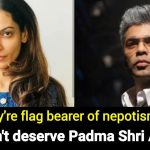 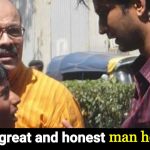