The entire nation is finding it really hard to believe that the extremely talented actor Sushant Singh Rajput left all of us. He was only 34 years old and still had plenty more things to achieve or fulfill in his life and now we lost such a gem of a person and it is heartbreaking to all of us that we won’t be able to see him anymore.

His rise to fame is obvious with the kind of blockbuster movies he delivered. The 34-year-old, who made a name in the Hindi film industry with films like Kai Po Che, Ms Dhoni The Untold Story, Sonchiriya and more, made a list of 50 dreams that he wanted to fulfill. The star could have easily ruled Bollywood but took the decision of ending his life by hanging from the ceiling of his apartment in Bandra.

This shocking incident happened on Sunday. His death by suicide was because he was going through mental bouts of depression. Though the reason is still unclear, the whole nation has been indicting nepotism for the death of this extremely talented actor.

Meanwhile, it has come to fore that the actor had cleared the dues of his staff three days before he ended his life. According to a report in Times Now, the Mumbai Police said that Rajput had made it clear to his staff that he would no longer be able to pay them.

However, the actor’s staff were extremely grateful for the support Rajput had given them during the Covid-19 pandemic and said that the actor did more than enough by paying them so far. “Aap ne humein itna sambhala hai, aagey hum kuch na kuch kar leinge (You have cared for us so for long, we will manage somehow),” his staff had replied to him.

Meanwhile, Rhea Chakraborty, Ankita Lokhande, his manager, Mahesh Shetty along with others are being interrogated by police in connection with the suicide case.

A senior police officer was quoted as saying by PTI, “Keeping in view the professional angle, police have started calling some prominent production houses for inquiry. As part of that, the police on Thursday sent a letter to Yash Raj Films, seeking details of all the contracts it had signed with the deceased actor. We have also asked for the copies of the contracts that Yash Raj Films had signed with the actor.” 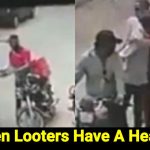 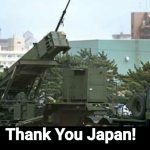