Over the next three decades, India will become the fastest growing populations adding 273 million people and the second fastest one is expected to be Nigeria which would add 200 million by the year 2050 according to the United Nations World Population Prospects 2019 report.

India has a current population of over a billion and it is the 7th largest country. With increased population, India is all set to surpass China and become the most populous country by the year 2027, meaning eight years from now according to the report.

Going by the statistics, the population of China stands at 142 crore and India has 136.92 crore people.

The world’s population is also projected to increase by 2 billion people, from 7.7 billion now to 9.7 billion in 2050.

A United Nations report adds that Earth will be home to 9.7 billion people in 2050 and by 2100 the number will hike to 11 billion.

“Even if the Total Fertility Rate across all states were to fall immediately to two births or less per woman, India’s population would continue to grow, as it will in countries and regions where fertility has declined recently.

In India, Latin America and the Caribbean, virtually all of the projected population growth till 2050 will be driven by the population momentum from a largely young population,” AR Nanda who is the former secretary, Union ministry of health, and trustee, Indian Association for the Study of Population explained ahead of the World Population Day on Thursday.

“The National Population Policy 2000 had projected TFR will reach around 2.1, which will show when the Sample Registration System data comes out in 2020. Contraceptives and spacing methods, including male contraception, have to be made widely available, especially to adolescents and young adults, who get missed,” Nanda added in a statement.

“People must have access to uninterrupted quality services and social development support, such as nutrition, health, sanitation and infrastructure, to ensure they have the tools and the information to have the desired family size,” said Rajib Acharya, senior associate, Population Council of India.

India will hold a massive population 10 times higher than America despite the fact that it is one-third the size of the US.

The UN report also added that the population would grow at a steady pace than it had predicted two years ago.

India, Nigeria, Pakistan, the Democratic Republic of the Congo, Ethiopia, Tanzania, Indonesia, Egypt and the US are expected to have more population in the times to come.

The report also signifies the fact that in 2050 about 16 per cent of the world’s population will be over 65 years of age, compared with 9 per cent now.

But the question arises whether is India prepared for all these big challenges?

With India expected to hold the position throughout the 21st century, it is more important to prioritise healthcare and agriculture sector to sustain a population so large.

Lack of sanitation facilities is one more big challenge that India is facing. Despite many efforts being made to provide clean water to households and build toilets in every house, the development numbers are still poor. So, India should consider doubling the efforts keeping in mind that the population is rising.

PM Narendra Modi had announced that every house will have complete access to clean water by 2024.

“A major chunk of the increased allocation for NHM is driven by health system strengthening, which increased by around 12% over the last year…,” a health ministry official said on the condition of anonymity. 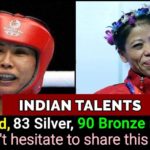