Dev Anand, the ‘Evergreen Romantic Superstar’ of Indian cinema, is well known for his Rockabilly hairstyle and his leather jackets. The actor had miraculously reinvented himself according to changing times and kept his scintillating stardom intact throughout his career.

The love, respect and admiration that Mr Anand had got from his million of fans all over the world was unparalleled. Today, we have brought you some interesting facts about him which will leave you in awe.

It is said that Dev Anand was once advised by Bombay High court to not wear black in public because girls used to go crazy and committed suicide on not meeting the superstar. His black coat after Kaala bazaar became a trend. His looks were compared to Gregory Pack- the great Hollywood star. When the movie named “Kala Pani” became a superhit, Dev Anand was asked by the court not to wear a black dress because girls usually went mad while seeing his adorable look in black dress and girls would jump from the buildings just to see him in the black dress.

Girls did not even care about their lives. Though it was not the fault of Dev Anand to put the girls’ lives in danger but still he had to agree with the court’s imposition.

Dev Anand came to Bombay in 1945 from Gurdaspur in Punjab with a hope to become an actor. He made his debut in the film ‘Hum Ek hain’ in 1946. Dev Anand was a versatile actor and legendary singers like Mohammad Rafi, Hemant Kumar and Kishore Kumar sang many hit songs for the actor.

Dev was highly educated in the film industry while other stars were not even metric pass. Dev’s unique style made him different from other actors in the Bollywood industry, due to which he won millions of hearts. Dev Anand was married to Kalpana Kathik and the couple has two children. 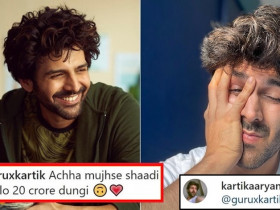 Rajat Kapoor once trolled Sushant Singh; Late actor had given a classy reply