There is a famous saying that age is nothing to do with success and Karthiyani Amma’s story is one that needs to be told to inspire all those people who had to leave their education unfinished due to unforeseen circumstances. Karthiyani Amma is setting a classic example that others should take note of. The 96-year-old woman is showing the world that learning never stops.

Hailing from Kerala’s Alappuzha, the 96-year-old woman became the oldest ‘student’ to appear for the ‘Aksharalaksham’ literacy program of Kerala State Literacy Mission and she has cracked the exam in a possible way, scoring 98 marks out of 100. Karthiyani Amma plied her trade as a domestic help and sweeper so as to bring up her 6 children after the death of her husband. She was inspired to engage in learning by her daughter, who at 60 years of age, passed her Class X equivalent some years ago.

After marking her presence in the literacy exam in August, the 96-year-old set high standards for herself by saying that her next intention was to clear the Class X equivalent.

It is learnt that 42,933 candidates who attended the exam have cleared the literacy examination in Kerala, which adds up to the pass percentage of 99.084 per cent.

The students were tested for their skills in the areas of reading, writing, and maths.

‘Aksharalaksham,’ which means a million letters is a significant project by the Kerala State Literacy Mission Authority (KSLMA) aimed at eliminating illiteracy rate among aged and a poverty-stricken population of Kerala.

Education is a vital factor and Karthiyani Amma has taught us great a lesson that there are no age restrictions to learning. Also, she has taught not to give up in life. 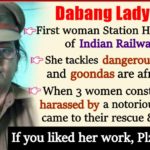 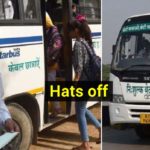