Rahul Dravid, one of India’s greatest batsmen of all time, is known not only for his batting but also for his composure in cricket. Dravid rarely lost his cool during his playing days, whether it was against his teammates, officials, or someone else.

However, contrary to what we saw during his IPL tenure as a player and coach, there were few instances of Dravid showing frustration throughout his international career. On this are 5 infamous incidents when Rahul Dravid lost his cool!

Dravid hurls his cap in anger

In the 2014 IPL, one of the most notable instances occurred during a contest between Rajasthan Royals and Mumbai Indians. It was a potentially life-or-death match, with Mumbai needing to chase down 190 in 14.3 overs to qualify for the playoffs.

Dravid must have been confident of his team’s standings as the Rajasthan Royals’ coach. Though, thanks to some unexpected batting by the Mumbai Indians, they were able to match Rajasthan’s score in the allotted number of overs. Aditya Tare, a batsman, smashed a six to help his team advance.

Shoaib Akhtar, a Pakistani speedster, was an especially obnoxious cricketer during his playing days, particularly in matches against India. We’ve all seen Virender Sehwag’s struggles and chances to get under Sachin Tendulkar’s skin. In this case, Shoaib attempted to do the same to Dravid, due to which the latter became extremely furious.

Rahul Dravid was the only bright spot in India’s dreadful batsmanship in the Champions Trophy match between the two sides in Birmingham in 2004. Dravid attempted to run but Shoaib stood in his path. This enraged him to the point that he approached the bowler and told him to get out of the way, prompting Pakistani captain Inzamam-ul-Haq to intervene and sort matters out.

Australians cricketer Mitchell Johnson, the former left-arm pacer,strategy of flogging had whipped out many batsmen. However the Australian picked the wrong night and try to get under Rahul Dravid’s skin in Qualifier 2 of the 2013 edition of the IPL, but  Dravid hit a straight drive off Johnson’s bowling in the third over of the Rajasthan Royals’ innings, forcing the bowler to talk to the batsman.

Rahul Dravid hit Mitchell Johnson for four off the next pitch, and the Australian kept grumbling. In an unusual display of anger, Dravid approached Johnson and asked if he wished to say something.

It’s difficult to imagine Rahul Dravid tossing things away in anger. However, this was a real-life case that was recorded by Dravid’s wife Vijeta during an interview. Mrs Dravid claimed that the master batsman’s long-time teammate Virender Sehwag once told her that he once hurled a chair in frustration.

The source of Dravid’s rage was the fallout from India’s humiliating defeat to England in a home Test. It was a situation that Rahul Dravid had previously told Vijeta about, but he had left out the chair-throwing part, which Sehwag informed her afterwards.

At a press conference, Dravid expresses his discontent with Kieron Pollard

In another IPL match between the Rajasthan Royals and the Mumbai Indians in 2013, he lashed out during the post-match press conference as he described a bowler sending off a batsman after dismissing him as an act of cowardice. He was clearly referring to the Pollard-Watson situation.

Throughout his stay on the field, Mumbai all-rounder Kieron Pollard nagged Rajasthan’s star player Shane Watson non-stop. Pollard not only sent Watson off in style, but he then stepped into the Royals dugout and made fun of Aussie again, prompting the latter to depart. 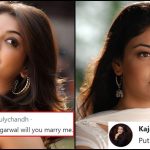 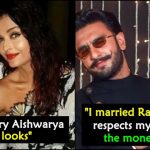