Recently, Bollywood and television producer Ekta Kapoor launched the ‘XXX-Uncensored’ adult web series. The scenes in the web series are unfortunate and shameful which created controversy across the country.

Many including Hindustani Bhau, veteran actor Mukesh Khanna and others have expressed their outrage over the web series. Now, Mukesh Khanna, better known as Shaktimaan, has lashed out at Ekta Kapoor for defaming the Army.

Social media users trolled the producer fiercely and demanded prompt action against her. In the series, a woman is shown cheating with her husband. In the disputed scene, the woman was seen tearing the army uniform. Hindustani Bhau has filed a police complaint against Ekta.

Taking a dig at Ekta Kapoor, Mukesh Khanna asked that if people want to see dirty films, will you show them?

Mukesh Khanna said, “The army soldiers who are standing there for us on the border are protecting us, because of them we are able to sleep peacefully. Who gave you the right to make a shameful series on their lives?” “If there are no censor board restrictions on web series, does it mean that you will show anything?”, he added.

The actor told her to respect the Indian Army. Mukesh Khanna had earlier lashed out at Ekta Kapoor for changing Maharishi Ved Vyas’s Mahabharat. 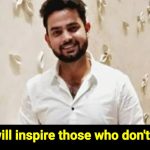 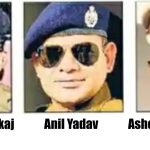