Bollywood actor Akshay Kumar is not just a reputed actor in Bollywood industry but also a philanthropist and a good human being. When it comes to helping others at the need of the hour, Akshay is second to none.

Akshay has not only extended his services to the film industry but has also won people’s hearts by giving back to society. Stories of Akshay Kumar making a huge difference in people’s lives are many and he quite often hits the headlines for all the right reasons.

On top of that, he is a man of his words. He doesn’t believe in announcements but believes in a practical approach. His selfless activities and massive contribution to the Indian society in the crisis serve as a testament to the fact. This is why Akshay Kumar is so much special and is admired by scores of citizens in India.

In the wake of Pulwama terror attack on February 14, the families of martyrs incurred huge losses and during this crisis, Akshay Kumar stepped forward and raised money as he donated a staggering Rs 5 crore to the jawans through the government portal ‘Bharat Ke Veer’.

“#Pulwama is something we cannot & will not forget. We’re all angry & it’s time to act. So act now, donate to the martyrs of Pulwama on bharatkeveer.gov.in. There’s no better way to pay homage to them & show your support. This is the only official site, pls don’t fall prey to fakes,” Akshay Kumar wrote on Twitter.

According to a report published in Hindustan Times, Akshay Kumar donated Rs 1 crore to the Chief Minister’s Relief Fund to help the victims of the deadly Cyclone Fani revive their lives.

More than 45 lakh people have been affected in 4,620 villages, with 1,01,085 people taking shelter in 226 relief camps. As many as 562 distribution centres have been established to provide relief to the less unfortunate ones and over 10 lakh animals have also been affected.

Coming to the rescue once again is the National Award-winning star Akshay Kumar, who promised to donate Rs 1 crore each to the Chief Minister’s Relief Fund, in the wake of flood-stricken Assam, and the Kaziranga Park.

“Absolutely heartbreaking to know about the devastation by floods in Assam. All affected, humans or animals, deserve support in this hour of crisis. I’d like to donate 1cr each to the CM Relief Fund and to Kaziranga Park rescue,” Akshay Kumar tweeted.

We are proud of you, Akshay sir. We need more people like for our nation. Thank you very much for your work. You are an inspiration to all Indians. The Youth salutes you from the bottom of our hearts. You are a great human and real hero! 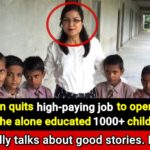 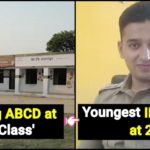