People nowadays set high standards for themselves in order to achieve their goals. They choose occupation such as Engineer, Doctor, Lawyer, Teacher, Scientist and so on. Each one likes a particular profession and of course, will want to do what they like and there is Pooja Mishra who quit high-paid corporate jobs only to run a school in her village. So far she has educated over 1,000 children and that too for free of cost.

Education played a quintessential role in today’s world and one must know all the fundamentals to tackle day-to-day challenges. Pooja Mishra is well aware of the fact that her village lacks access to quality education as she has seen it in her own eyes. However, she made up her mind to educate as many as children as she believes that it is a great sense of accomplishment.

“It is much easier to concentrate on cities, which are touted as the growth engines of tomorrow’s India,” says Pooja Mishra, a 36-year-old Indian Institute of Management Calcutta alumna and the founder of Gurukul Public School, a charitable English-medium school offers free education to children who come from economically backward sections of the society.

She adds, “So what does it lead to? It leads to the government’s primary and secondary schools serving more as daycare centres providing low-quality meals during the day. And they only have one or two caretakers to look after the children who make merry in the dust, all the while unaware that their future is also turning to dust!”

Pooja started a charitable school in her native village of Purasi in Raebareli District in the year 2012. The reason behind her running a school is because parents in the village find it tough to afford a minimal fee of 100 rupees.

Pooja currently stays in Lucknow and travels a daily distance of 80 km to reach her school. She, in fact, chose to quit the placement process only to start Gurukul Public School with her personal savings in 2012. What started as 23 children has now turned into thousands.

Owing to health reasons she gave up this opportunity also. However, she made up her mind and continued to work towards building Gurukul Public School.

She says “I had kept the fee as just Rs 50 a month, but the parents were finding it difficult to pay and even if they would pay, I realised that it was not possible to run a good school with such constraints.”

While she expected the admissions to increase steadily, she was finding it a tad tough to convince the villagers to send their children to school, especially during the harvest season when children were busy helping their parents on the farms.

She thought of shutting down but she had other ideas. “That’s when I thought of closing it but did not have the courage to tell this to my school children.”

She finally got a clue to reach out to her friends from the IIMC community. She gained support and her journey continued smoothly. Gurukul Public School has turned the pages of more 5,000 people so far including school children and their families.

The institution itself takes care of the tuition fee and provides books, uniform, stationery and all other important things free of cost. The 1,000 sqft school has a computer lab with eight computers and 20 laptops including a science lab. For the present batch of students, the school has 23 teachers, all of whom hold B.Ed degrees.

The teachers in the school take pride in the fact that their students are now actively participating in extra-curricular and co-curricular activities. The students have been taking part in debates and district level Taekwondo championships and are also gaining district-level academic rankings.

Those children are gifted to study in such a golden school which not only offers quality education but also opens a wide range of opportunities through their mentors, all of them are IIT and IIM graduates.

Apart from funding which was received from generous sponsors, Gurukul Public School started an online fundraising campaign. This campaign was started by one of the regular supporters of the school identified Sorabh Agarwal, once again an IIM Kolkata alumnus.

Sorabh says, “With more children joining in each year, the school needs new classrooms. The school is currently in need of six new classrooms and hopefully, with the online campaign, we would be able to raise funds for one new classroom to start with. We have raised Rs 95,000 so far. Hopefully, we will reach our target of Rs 5 lakh in the next few days and make a new classroom for our children.”

By 2025, we want to expand to other locations in UP in collaboration with the government and like-minded social entrepreneurs to further impact 1,00,000 children.”

(With inputs from Yourstory) 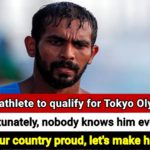