India’s top most journalist and television news anchor Arnab Goswami has been attacked by two people who were later identified as Arun Borade and Prateek Mishra.

Republic TV editor-in-chief Arnab Goswami alleged that he was assaulted by Congress workers while he was returning home along with his wife. The two accused were subsequently arrested.

It all started after Goswami slammed the interim Congress president Sonia Gandhi over her silence on the lynching of two sadhus in Maharashtra’s Palghar district. The shocking incident took place in Gadchinchle village which is 125 km from Mumbai in which three men were mercilessly lynched to death by a mob of 200 people. CCTV footage of the lynching show that two of the victims killed are Sadhus.

However, an FIR was registered against Goswami for attacking Congress president Sonia Gandhi during his TV show. The following day, the editor and his wife Samyabrata Ray were attacked by two unknown persons.

The incident took place when Goswami was returning home along with his wife from their studios in Lower Parel. The editor Goswami held Congress responsible for the attack. Later, he shared a video in which he said that he will keep on raising questions against Congress President for not speaking on the lynching happened in Maharashtra’s Palghar district.

Goswami revealed, “Around 12.15 am when we reached Ganpatrao Kadam Marg, two men followed our car and tried to overtake.” My car was overtaken by the attackers and they kept driving their bike parallel to my car for a while, later they blocked my path and stopped their car. They then got off their bike and started hitting my car repeatedly”.

They were furiously throwing liquid at his car, they tried another attempt to break the window pan of the car, this continued. When he moved 50 meters ahead, he looked back in the rearview mirror. He saw that his security personnel had caught attackers and he kept on driving and finally he reached his building. Goswami and his wife came out of the car and after a while, his security guards reached there and told him that the attackers were Congress workers, said the editor.

The cops from the NM Joshi Marg police station got to know about the incident that few people had gathered at a spot at Ganpatrao Kadam Marg. “When we went close to them and inquired, we learnt that the two had attacked Goswami,” said an official. Later, the two culprits were arrested. 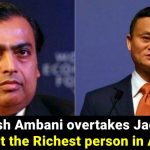 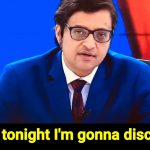