Cinema and Cricket do not intertwine, as both are difficult professions in their way. Both require an immense amount of dedication and hard work and are time-consuming as well.

But, love is a feeling uncalled for and occur at times when no one excepts it. Some crickets have ventured into a similar path, dating actresses from the cinema world yet their love was never successful. Due to the huge paparazzi following and media coverage, we are up to date on what went wrong between these couples.

Team India’s ex-captain, Mahendra Singh Dhoni was once dating the beautiful Tamil actress Raai Laxmi according to some sources. However, the couple finally broke up and went their separate ways early in their lives. Mahi is now married to Sakshi and they have an adorable daughter.

Ravi Shastri, the brilliant Indian team coach who assisted India to many wins and trophies, was once linked to the very stunning and talented Bollywood actress Amrita Singh. Despite the fact that they were rumoured to be dating, the pair did not last. Ravi Shastri married Ritu Singh in 1990, and Amrita went on to marry Saif Ali Khan.

Yuvraj Singh, the 37-year-old Indian cricketer, has long been renowned for his talented sportsmanship and ridiculously handsome face. The cricketer quickly fell in love with actress Hazel Keech, and the couple married. The couple was guest-starred on Kapil’s Show and they numerated their love story on national television.

According to sources, Wasim Akram and former Miss Universe were once dating. However, the couple did not marry and eventually had to part ways later in life.

Rohit Sharma, a core member of the Indian cricket team, was reported to be dating actress Sofia Hayat in 2012. The relationship, though, clearly didn’t work out, and both of them moved on with their lives.

The former Indian captain known for his mysterious nature and talented gaming, was rumoured to be dating actress Nagma. It was also rumoured that the captain and Nagma visited temples that were only intended for couples. When Sourav was asked a question about this during an interview, he opted to stay quiet. 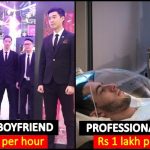 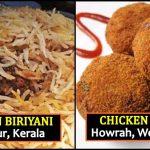