In a shocking development, the central government has announced that all domestic flights will be banned from 25 March to check the spread of COVID 19 that has killed thousands of people across the globe.

The decision came after West Bengal chief minister Mamata Banerjee wrote a letter to Prime Minister Narendra Modi seeking a ban on all flights coming to the state.

The official said all airlines need to plan operations in such a way so that no flight is left to land after 11:59 pm on 24 March. It remains to be announced that when will domestic flights restart their operations.

The government made its decision to suspend domestic flights in the wake of the current epidemic. By far, 75 cities in the country have been locked down. Yesterday, India observed “Janta Curfew” called by Prime Minister Narendra Modi to contain the spread of COVID 19. The entire country participated in Janta Curfew to applaud Doctors, nurses who are working day and night to ensure we are safe. Doctors have so far saved around 1 lakh lives from the clutch of the ‘Chinese Virus’- they have successfully recovered from the disease.

Even as China is finding it tough to bring widespread infectious disease under control, several countries across the world are reporting cases of coronavirus. People lost their loved ones to the deadly disease which originated in Wuhan, China.

The Indian government has put restrictions on all domestic flights. Earlier, the government banned the entry of all international flights to India for a week from March 22.

By far, the virus has affected over 3 lakh people globally and the global death toll has risen to at least 14,000.

COVID-19 has created an atmosphere of fear in the world. The World Health Organisation (WHO) has declared the novel coronavirus or COVID-19 outbreak as a ‘pandemic’.

So far, there have been more than 400 confirmed cases of the virus in India as per the health ministry.

As the world continues to fight the growing number of coronavirus-positive cases, doctors are still trying their best to find an effective cure to combat the fast-spreading disease. 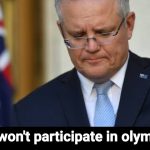