In this growing digital world, people are becoming famous through the advancement of social media platforms. With social media, everybody is a celebrity now. Social media has many lives. Recently Baba Ka Dhaba in Delhi became famous in the country. After his video went viral on social media, a huge crowd started reaching his shop. In the video, he was seen crying and his luck changed in the blink of an eye.

Now, a chaiwala from Pakistan has become a sensation on the internet due to his good looks. Overnight, Khan became an instant social media sensation for his good looks, gaining almost instant international popularity. As #ChaiWala trended across social media sites, modelling offers started pouring in for the tea-seller.

Arshad Khan, who was a chaiwala in Pakistan is now a totally a different person altogether. He was first spotted in Pakistan. The looks of these people are so top class that people have called them a model.

This is the POWER of social media. The famous #chaiwala is now a model. He was signed by a modeling agency.

The 18-year-old, who was earlier unaware of how much he had charmed the internet, is glad to know that he is famous and his pictures are being shared.

One of his photos making tea went viral on social media that garnered thousands of likes. Arshad has become quite famous with millions of fans on social media now. They share their photos continuously. Arshad Khan has now opened his cafe.

Arshad Khan launched his chai café in Islamabad lately and named it, Café Chaiwala Roof Top. Speaking to Urdu News about his café, Arshad said, “Many people asked me to name my café as Arshad Khan and told me to change the current name. But I refused because ‘Chaiwala’ is my identity.”

“Chaiwala is no more chai wala, now he is fashion wala! ,” said a Facebook post by the online store. 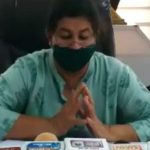 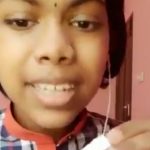