The Enforcement Directorate (ED) has registered a money laundering case against Tahir Hussain officials said on Wednesday. According to sources, Tahir Hussain has been booked by the ED under the Prevention of Money Laundering Act (PMLA) and the search is underway at his residence.

Tahir Hussain is the main accused of killing Ankit Sharma who was an officer of the Intelligence Bureau. Ankit Sharma was stabbed over 400 times. He has stab wounds all over and shockingly, not even a single part of it was spared. The death of the IB officer took everyone by shock. He was killed during the violence in the north-east Delhi.

The family of IB officer Ankit Sharma accused local AAP leader Tahir Hussain of being behind the attack. Tahir Hussain is an Aam Aadmi Party leader and Municipal Councillor, elected from Ward 59 in Nehru Vihar from East Delhi. The AAP leader is a businessman and has no criminal cases filed against him till now.

Ankit’s family held Tahir Hussain responsible for the violent protest that broke out in north-east Delhi on Monday in which over 45 people were killed and several others injured. The family said that anti-CAA protesters were pelting stones at police from the terrace of the building belongs to Tahir. hundreds of people were gathered by Tahir. A video also went viral on social media in which Tahir Hussain could be seen instructing people from that building during the violence.

An FIR was registered against Tahir Hussain under section 302(a) of the IPC for the murder of Ankit Sharma, on a complaint filed by Ankit’s family. Hussain is in the custody of Delhi Police at present and he is expected to be arrested by the ED once his police custody is over.

Similar charges have also been imposed against the Popular Front of India (PFI) which is already facing a separate PMLA probe. It has been learnt that the Popular Front of India (PFI) was behind the violence, arson, sabotage, dharna. After the investigation was conducted, it came to be known that around Rs 120 crore was spent to carry out the riots by PFI.

Tahir was arrested last week after he surrendered himself before the court. It has been learnt after the investigation came out that during the violence in Delhi, stones and petrol bombs were thrown at police from Tahir’s building.

Recently, a team of Delhi Police recovered evidence from the building belonging to Tahir Hussain. Sources said that the team also got evidence in connection with the IB staffer’s death. 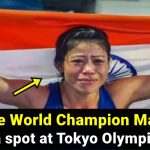 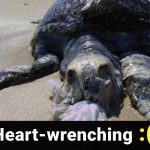