Even now she made a real case for herself as one of the viable women athletes as she won the gold medal in the 100-metre event at the National Open Athletics Championships in Ranchi on Friday. She even broke her personal best.

She won semifinal clocking 11.22 seconds and went on to bag the final with a time of 11.25 seconds. The previous record in the women’s 100m event was 11.26 seconds, held jointly by Dutee Chand, at the Asian Athletics Championship 2019 and Rachita Mistry, recorded in 2000.

Dutee brought the best out of herself and had reduced 0.04 seconds from her previous personal best of 11.26 seconds. She also inched closer to the qualification mark for the 2020 Tokyo Olympics.

Dutee Chand needs to cut down a little further of 0.07 seconds to accomplish her goal.

On July 10, she scripted history as she 11.32 seconds to clinch the gold at the World University Games in Naples, thus becoming only the second Indian ace sprinter to win gold in an international event after Hima Das, who completed on top in 400m at the World Junior Athletics Championships last year.

Talking about previous achievements, she won the gold medal in women’s 100-metre sprint at the 30th Summer University Games in Napoli, Italy and thereby becoming the first Indian to achieve the marvellous feat. She clocked 11.32s in the final.

Dutee Chand was born on 3 February 1996 to her parents Chakradhar Chand and Akhuji Chand in the Jajpur district of Odisha. She is from economically backward sections of society. She is from a below poverty line weavers family.

At Rio 2016 Olympics, she proved herself yet again as she became the third Indian woman to take part in Women’s 100 metres. In 2017, at Asian Athletics Championships she won two bronze medals, one in the Women’s 100-metre category, another in the Women’s 4×100 m relay with the likes of Srabani Nanda, Merlin K Joseph and Himashree Roy at Bhubaneswar. 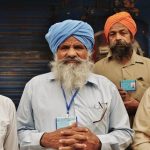 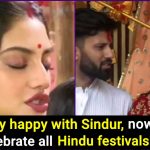