TMC MP Nusrat Jahan said that she celebrates all festivals, respect humanity and she loves more than anything. She is extremely delighted and she is least bothered about controversies surrounding her, she told media while participating in ‘sindoor khela’ (vermillion game) with her husband in Kolkata.

“I’m God’s special child. I celebrate all festivals. I respect humanity and love more than anything. I am very happy, controversies don’t matter to me,” Nusrat Jahan added.

She has been often been targeted by extremist Islamic clerics for taking part in Hindu rituals, wearing symbols of mangal sutra and sindur’ since her marriage to a Hindu entrepreneur identified as Nikhil Jain earlier this year.

Previously on October 7, an Islamic cleric described Nusrat Jahan’s action as ‘anti-Islamic’ when she was performing Durga puja. The cleric has even accused her of bringing a bad name to the religion and defaming Islam and Muslims by her act.

However, Nusrat has found some support in Union Minister Chaudhari as he said everybody should respect personal choices.

Mufti Asad Qasmi who is a cleric linked up with Darul Uloom Deoband told the journalists: “This is nothing new. She has been offering puja to Hindu Gods despite the fact that Islam orders its followers to pray only to Allah’. What she has done is Haram’ (sinful).

She had also married outside religion. She should change her name and convert her religion. Islam doesn’t need people who assume Muslim names and defame Islam and Muslims,” Mufti Asad Qasmi who is a cleric linked up with Darul Uloom Deoband told the journalists.”

Clad in a saree and wearing sindur, Nusrat Jahan marked her esteemed presence at Durga puja celebrations of Suruchi Sangha with her hubby on Sunday. TV channels depicted her lip-syncing to hymns which were being recited by a Hindu priest. Nusrat’s eyes were closed and hands folded in prayer. The TMC MP had later told the reporters that she had prayed for ‘peace and prosperity of all’.

Uttar Pradesh Shia Waqf Board (the chairman of the board) Waseem Rizvi hit out at Deoband cleric remarks and said Jahan has no restrictions as she was free to wear emblems of Hindu marriage like sindur, bindi or mangal sutra.

He told a TV channel that Islam does not stop her from wearing these things and there is no problem. “If any follower of Islam wants to convert to another religion, they can do so, but nobody can be thrown out of Islam,” he added in a statement. 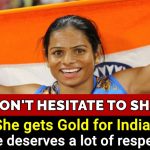 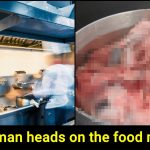