Indian Space Research Organisation Chairman Dr Kailasavadivoo Sivan was up for a pleasant surprise when he boarded IndiGo flight recently. The Chandrayaan-2 was a turned out to be a big achievement for India, particularly for the national space organisation, and Sivan became a popular and the most admired personality ever since.

When the ISRO chairman board the flight, he was greeted by air hostesses, who were also seen clicking selfies with the ISRO chief. He was flying Economy Class.

After that, when he started walking to his seat, all the passengers have him a big round of applause and cheered him. Then, Sivan was seen waving at the passengers and thanking them for their heart-touching gestures.

“Good to see India changing and true celebrities are being recognised and applauded.

“So proud moment ??Our Bharat is changing ??Earlier only film stars and cricket stars used to get such reception. We are heading in the right direction ?

“What is really heartening is the young cabin crew of @IndiGo6E recognising a real hero and giving Mr.#Sivan every bit of respect and a hero’s welcome he deserves. Truly the young Bharath is changing,” this is how Twitter reacted. 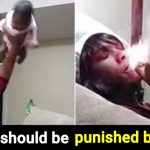