At an age when children learn to develop language skills by combining two or three words to make simple sentences, four-year-old Ayan Gogoi Gohain hailing from Assam’s North Lakhimpur district created history as he unlocked the rare feat of becoming the ‘Youngest Author of India’. Ayan proved that age is just a number by composing stories all by himself.

He took everyone by surprise when he wrote a book ‘Honeycomb’ that was published in January this year. He is a proud student of St Mary’s School in North Lakhimpur. The India Book of Records has honoured the title on Ayan Gogoi Gohain for his book. He was presented a metal plate along with a certificate for his stellar achievement.

The cost of the book is Rs.250 that comprises 30 amusing stories along with meaningful pictures to make it look appealing. “The amazing journey of Honeycomb started when he began to address his insatiable love for words, colours, sounds, tastes and sights with his keen observation,” it read.

‘Honeycomb’ has been assessed by several litterateurs (professional writers), including author and poet Dilip Mohapatra. “This ‘Honeycomb’ is not just an intricate configuration of hexagon dripping of the sweetest of the nectar, but much more: it’s very alive and coming from a tiny tot, pulsating with creativity, colours and passion to bewitch you and make you wonder,” he said.

Ayan Gohain currently lives with his grandparents as his parents are in Mizoram. He has developed the art of articulating the sentences by following his imagination. He said he writes about everyday things that attract him a lot. “I see what is happening around and write about it. It could be anything a chat with my grandfather, or something new I just learned,” the kid said.

The four-year-old kid takes inspiration from his grandfather Purno Kanta Gogoi who is a retired bank officer. The toddler labels his grandfather as his ‘best friend and ‘rock star’. “My grandfather inspires me to paint and write about new stuff every day. He is my storyteller, a rock star and a football lover. He is my best friend. My Chocolate Man!” Gohain gushed.

Purno Gogoi knew exactly about Ayan Gohain’s talent. “He is a wonder kid. I remember he had once seen a rainbow and composed a poem, comparing its seven colours with the seven notes of music,” Gogoi recounted.

According to Ayan’s grandfather, even the cover page of ‘Honeycomb’ was designed by Gohain himself. Apart from his penchant for composing stories, he has a passion for yoga,

“Ayan has a passion for yoga. He likes watching cartoons, playing badminton and football, baking, and gardening. The four-year-old also dotes on his puppy, Oreo,” he added. 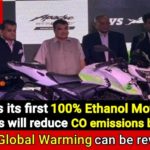 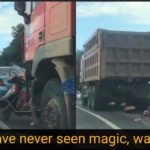