Ramanand Sagar’s Ramayan which was recently re-telecast on Doordarshan became the most-watched channel across the world with 7.7 crore viewers.

Doordarshan (DD) brought the epic shows Ramayana and Mahabharata after several years in order to keep people entertained during the coronavirus lockdown. In such a situation, many characters of serials are in the news these days.

Actor Puneet Issar, who played the role of Duryodhana in the epic show Mahabharata, is in the news at present. Puneet Issar started his career with Amitabh Bachchan’s film Coolie in 1983. He accidentally punched Amitabh Bachchan so hard that he almost died. Later, he suffered the industry’s backlash due to it.

The incident occurred on 26th July 1982 while shooting for the movie Coolie directed by Prayag Raj and Manmohan Desai in Bangalore. A fight scene was to be performed between Big B and Puneet Issar. During the scene, Punnet Issar injured Amitabh, due to which Amitabh fell on the table first and then on the floor.

At first, nobody took note of the event. Initially, everyone applauded the shot. But stopped half-way when the team realised that something was seriously wrong. Bachchan was rushed to the hospital where he was treated.

But after that incident, Puneet Issar did not get any work for nearly four years, the actor had to struggle for work. Amitabh Bachchan, on the other hand, refused to work with Puneet ever again as he was scared of Puneet.

“Coolie was a superhit and I was very happy for Manmohan Desai and Amitabh Bachchan. But I did not benefit from it. I was virtually a stigma,” said Puneet Issar.

He struggled for several years to get a role in Mahabharata. As the epic show hit the Doordarshan channel after a long period of time, it gained instant popularity worldwide. Presently, the channel has become the most-watched Hindi serial, according to DD India

In fact, when it was aired on Doordarshan back in 1987, the serial had grabbed the top position in TRP ratings, and the show has repeated its history again. Two great epics of Hindu civilization Ramayan and Mahabharat have always been a source of inspiration and knowledge for many people. Doordarshan (DD) brought both the shows after over three decades on the demand of people amid shutdown. 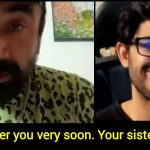 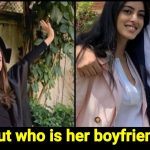