In a major breakthrough, India is constantly working towards manufacturing electric vehicles in an attempt to cut down dangerous emissions to some extent. This means that there will be reduction in fuel imports and the evolution of electric vehicles is now seen as the best alternative for the IC engine vehicles.

TVS India is one of companies that has launched the India’s first ever Ethanol based motorcycle named TVS Apache RTR 200 Fi E100.

For so long, there have been plans about replacing petrol with ethanol. Gradually, the vehicle manufacturing companies have decided to manufacture vehicles that rely on ethanol which is the most practical and best replacement for petrol.

Ethanol is much better than petrol because it is domestically produced from renewable plant sources like sugarcane molasses and alcohol remains from sugar factories.

The primary reason to move to Ethanol is that it produces much less emissions than petrol, reducing them down by as much as 35% (CO). Not just that, there is also a reduction in the emissions of hydrocarbons, nitrogen oxides, particulate matter including sulphur dioxide which are harmful to living creatures.

The brand new TVS Apache RTR 200 Fi E100 has been launched at a price or Rs 1.2 lakh (ex-showroom) and will be available in three states namely Maharashtra, UP and Karnataka. For the uninitiated, the motorcycle is an early concept vehicle that TVS displayed at the Auto Expo 2018.

Talking about the performance figures of the bike, it has 21 PS power output and 18.1 Nm torque, with a top speed of 129 kmph. It is well-equipped with ethanol drive train which means that the bike can run on 100 percent ethanol with its Twin-Spray-Twin-Port EFI technology. It can also run on petrol as a fuel too. 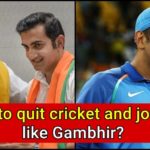 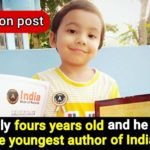