Almost every 90’s kid must have watched or heard about the popular TV serial Shaka Laka Boom Boom which was the super favourite series at that time. This TV show made our childhood awesome and we just can’t describe how good it is. In fact, it has a better rating than the current TV serials.

The handsome actor Sanju from Shaka Laka Boom Boom had us dreaming and strongly believing in the powers of a magical pencil. Between 2000-2004, children would glue themselves to the television screens.

Sanju was the central character of the show who finds a magic pencil which brings anything to life when drawn from it. It is has been two decades after it’s launch and we are quite curious to know how Sanju looks now.

Here’s a look at the then and now of Sanju:

For the unversed, the real name of Sanju is Kinshuk Vaidya. He has grown up now and looks more handsome. He kick-started his acting career at the age of 4 with a Marathi film after which he earned offers for TV commercials.

Besides his popular serial, he was also featured in Ajay Devgan starrer ‘Raju Chacha. He played the character identified as ‘Rahul Rai’. After a decade, Kinshuk Vaidya made his comeback with the TV serial known as ‘Ek Rishta Saajhedari Ka’ in which he played the lead role of Aryan Sethia. The good looking lad is still in the acting scene. 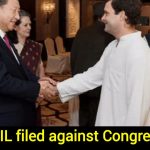 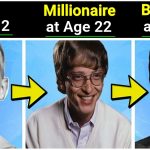