Born on 28 October 1955, little did William Henry Gates AKA Bill Gates knew what he was going to achieve in life. He was one of those personalities who was against the stereotypical education system and believed more in his own talent and look where he has ended up.

Interestingly, Gates’ parents wanted him to pursue a career in Law, but his friendship bloomed with his school friend Paul Allen over their love of technology which took him to a level where only he exists. Bill Gates became a coder at the age of 12, millionaire at age 21 and billionaire at 31.

His road to riches started when he was a tech-obsessed 13-year-old student at Lakeside School in Seattle, Washington. As Bill Gates recalled in a 2005 speech, the school’s “mothers club came up with the money to buy a teletype that connected over the phone lines with a GE time-sharing computer.”

That particular machine effectively turned the pages of his life and that’s how his journey started. He spent as much time learning about hacking, coding and computers. He and a school friend later co-founded Microsoft.

Today, Gates runs one of the world’s biggest nonprofits with his wife, former Microsoft executive and philanthropist Melinda Gates.

Billionaire business magnate has carved out a reputation for himself as one of the most generous philanthropists in the world. He has donated $4.6 billion worth of shares in Microsoft Corp, which is his biggest gift to charity in 17 years ever since he set up the Bill & Melinda Gates Foundation. According to a Securities & Exchange Commission filing, Gates donated 64 million shares in the last summer.

His last largest gift came in 2000 when he donated $5.1 billion worth of Microsoft shares in 2000 in a bid to improve global healthcare and also to reduce extreme poverty. Just a year before, he gave away $16 billion worth in shares. Bill Gates’ contribution to education- $1.7 billion.

The shares donated depict about 5% of his current $90bn fortune. Bill Gates and his wife Melinda Gates have by far donated $35bn since 1994. It’s because of their fruitful contributions, Gates Foundation has grown to become the world’s largest private charity with $40.3bn of funds, prior to the latest gift

Bill Gates said the promise was “about building on a wonderful tradition of philanthropy that will ultimately help the world become a much better place”.

If it not for Bill Gates’s philanthropic gesture, he would still be the world’s richest person. The generous person has by far donated more than $35 billion to the Bill & Melinda Gates Foundation.

2) I failed in some subjects in exam, but my friend passed in all. Now he is an engineer in Microsoft and I am the owner of Microsoft.

4) As we look ahead into the next century, leaders will be those who empower others.

5) Success is a lousy teacher. It seduces smart people into thinking they can’t lose.

6) Your most unhappy customers are your greatest source of learning.

7) It’s fine to celebrate success but it is more important to heed the lessons of failure.

8) Be nice to nerds. Chances are you’ll end up working for one.

9) If you can’t make it good, at least make it look good.

10) Don’t compare yourself with anyone in this world…if you do so, you are insulting yourself. 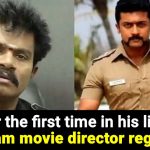