ALmost everyone across the nation knows how deadly was Kerala flood in 2018. In fact, the catastrophic disaster was tagged as the ‘flood of the century’.

During the crisis, some unsung heroes, with the majority of them were fishermen of the state jumped into action without even caring about their life or money only to save people’s lives when almost the entire state was under water.

They saved thousands of lives from the floods. They received enormous support on social media, with social media users showering huge praises on the fishermen for their selfless service in helping the less unfortunate ones at the need of the hour.

When Navy boats and disaster management couldn’t reach out to some remote places, fishermen who had no professional or formal training saved lives. They brought millions to safety and also provided them food and other essential supplies to others.

Now almost a year after their heroism, the Kerala fishermen have now officially become a part of the police force.

Yes, in a first, as many as 177 fishermen from Kerala’s coastal areas have been introduced into the Kerala Police.

The fishermen who did go through training in several aspects of policing will now be a part of Kerala’s Coastal Police.

On June 29, Saturday, they were officially introduced into the Kerala Police force in the presence of CM Vijayan.

As per Chief Minister, the newly inducted coastal policemen were given formal training in survival skills and saving lives in the oceans under the Coast Guard, Navy and Fire and Rescue Services.

Apart from rescue operations, the Coastal Police will also be given further task of safeguarding the Kerala coast and will now have to watch out for suspicious activity or movement of boats in the sea.

Over 3000 youth applied for the coastal policemen post, out of which 180 were recruited through a tough selection process by a panel. 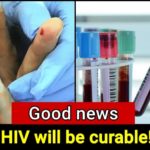