A report finds that more than 70 million people have been affected by HIV/ AIDs till 2017, and 35 million of them have lost their lives due to HIV according to the World Health Organisation. Until recently, the cost of HIV treatment was so high that only rich countries could afford it.

The treatment was not within the reach of poor people, hence they were liable to death. Even now, each 4 lakh people die from the deadly virus.

All of that could soon be the past record and thanks to a major breakthrough in gene-editing therapy which has now successfully eliminated HIV virus from lab mice, with hope for a 100% human HIV cure coming soon in the times to come.

As per research paper in Nature Communications, CRISPR-Cas9 was used along with a new form of anti-retroviral therapy (used for HIV virus which attaches itself to an infected person’s DNA), that has successfully managed to wipe out all traces of the HIV virus from the genetics of a living animal, something which had never been done before.

The HIV virus research claims to have conducted experiments on genetically modified lab mice (with similarities with humans), and the team led by Kamel Khalili from Lewis Katz School of Medicine at Temple University eliminated 100% traces of the HIV virus in more than 30% of infected mice, according to a Gizmodo report.

“We now have a clear path to move ahead to trials in non-human primates and possibly clinical trials in human patients within the year,” said Khalili in a press release after thin the aftermath of the HIV virus elimination technique told. 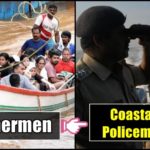 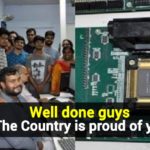