When he gifted an astonishing defeat at the hands of strong opponent Mullappally Ramachandran, Kannur’s Congress MP for 15 years since 1984, former SFI leader AP Abdullakutty became the ‘Athbuthakutty’ (known as miracle boy) of the CPM. This happened in 1999.

When the party rejected him in 2009 for lauding the ‘Gujarat model’ of Narendra Modi, he then landed in the Congress party only to relive the experience one more time a decade later. Congress again expelled him and this time also for praising Prime Minister Narendra Modi’s work and development agenda.

Will Abdullakutty join the BJP or not and this question is being repeated more often than not. Another thing is that being a Muslim, isn’t Abdullakutty not compromising the freedom and security of his own community by vouching for Modi and his development agenda?

“Many people who ask this have the feeling that I am all set to join the BJP, but my Facebook post that lead to the controversy was wholly about the development successfully implemented by Modi,” he states. To justify his perspective that Kerala is at least 15 years behind Gujarat in terms of development phase, he cites the example of the LNG project at Dahej, commissioned in 2004.

“Kerala was also supposed to do it in the same period but we are still working on it, thus losing crores of rupees as revenue and GST,” he says.

Now, the CPM-led government is gradually changing its attitude to save the state from the bad reputation of being a place that is not at all investor-friendly, and Pinarayi Vijayan is doing his immense best to add infra projects like national highways and LNG pipeline, meaning that they are following what he said a decade back, Abdullakutty states.

“You are wrong. The campaign that the minorities are under threat if Modi came to power was absolutely wrong,” he adds. “People said he would redraft the Constitution of India, but you know what he did? He bowed before it at the time of his swearing-in last week, and I am sure it was a symbolic answer by a man who respects our Constitution,” he says.

“Yes, all Muslims who have real faith respect their rulers and the nation they belong to, so no educated and faithful Muslim would ever be worried about the Modi government,” he adds.

He is pretty certain that PM Narendra Modi will take the minorities into leap of confidence and also transform the country into a superpower in the next five years.
“Whichever party rules here, they become part of the system and the BJP could not be an exception,” he says.

“It was Manmohan Singh who first talked about the need to abolish subsidies to the privileged, but nobody had the courage to take it up for fear of vote banks. Modi had the nerve, and he successfully implemented it to use the financial benefits for the poor by building them toilets and providing them cooking gas connections, which are not simple things — to understand that you should travel in north India,” Abdullkutty explains.

“You know what Gandhiji said — ‘Recall the face of the poorest and weakest man you have seen and ask yourself if this step you contemplate is going to be any use to him’. That was what Modi did while executing his projects and I support it,” he says. Abdullakutty warms up to the topic.

“Gandhiji was a sanatan Hindu and the people of his country, including Modi, can take India forward on this path, so there is nothing wrong in my comparison.”

Abdullakutty is understandably upset with the Congress, which he believes that he doesn’t really care for minorities or promote freedom of expression.

“Tell, how many Muslim MPs are there in the Congress from Kerala? The answer to that question is sufficient to prove that the Muslims have no space in the Congress here and I believe the party is influenced by some vested interest though I don’t know if it is Sonia Gandhi or Oommen Chandy,” he fumes.

“Don’t make me BJP! My politics is the politics of development, which I see in the Modi regime, as his ideology is based on extreme development and not Hindu extremism,” he explains. 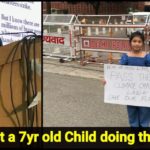 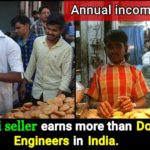