Between 1970 and 2014, our planet nearly lost 60% decline of its mammals, birds, fish, reptiles and amphibians, almost everything due to human activity. Not just that, deforestation is also one of the activities that humans have long been doing but they hardly find time to plant a sapling. The rate at which the planet is losing its biodiversity is comparable only to the mass extinctions without second thoughts.

Upon observing all these activities, a 7-year-old Indian schoolgirl by the name of Licypriya Kangujam (born on 2 October 2011) decided to do something to bring a change to the environment. She started rising her voice about the need for quick action in a bid to fight against climate change and disaster risks reduction and today, she has become a climate activist.

She is well-known for having started the child movement in order to protect Earth by combating climate change and natural disasters that formed in June 2018 and then moved globally after the United Nations Global Platform for Disaster Risks Reduction 2019 (GPDRR2019) in May 2019.

Her personal activism started in June 2018, when her activism “The Child Movement” with the complete backing of International Youth Committee (IYC) rising her voice in the national capital to approve Climate Change laws which began drawing several media coverage.

Despite the fact that India has not yet enacted any climate change laws so far, Licypriya’s only message to the World is to protect our environment and save their future. So far, she had been invited to several international events and she has visited a total of 14 countries as a part of her movement.

Not a long ago, Licypriya was invited at Clean Air Summit 2019 organised by Enactus ITT Delhi with Ministry of New & Renewable Energy, Government of India on 22nd June 2019 at Lecture Hall Complex, IIT Delhi.

As many as 500 academicians, Scientists, environmentalists, corporate leaders, students, government officials and organisation of the country marked their presence.

She requested everyone to support in her child movement to put climate change law into practice for combating the climate change by drawing the attention of Shri Narendra Modi, Hon’ble Prime Minister of India and MPs. She then added, “They must act now”.

Here’s her full speech of Licypriya at IIT Delhi in Clean Air Summit 2019:

Thank you so much for inviting me here.

I am Licypriya Kangujam, 7 years old from Manipur & Founder of “The Child Movement”, would like to share some of my feelings from my heart today.

I am coming all the way thousands of kilometers by rising funds to tell you adults that you must change your way of thinking.

Coming here today, I have no my hidden agenda. I am fighting for my future.

I am here to speak for the countless animals dying on this planet because they have nowhere to go. I am afraid to go to the sun now because there is a hole in our ozone.

I am afraid to breathe the air because I don’t know what chemicals are on it.

Despite technological advancement, still people are dying because of various disasters & lack of awareness.

I get scared when on television I see people suffering and dying because of earthquakes, floods and cyclones.

I cry when I see children losing their parents or people becoming homeless due to dangers of disasters.

My country has many disasters like earthquake, flood, landslides, etc.

My heart feels sorrow for people who cannot help themselves when disasters strike.

But I know there are millions of brave people who come to lend their hands with courage to save those in need.

I get very happy when I see rescuers saving children and their parents from dangers.

At my school we are taught how we must act if an earthquake strikes our city. With my classmates and teachers, we practice how to say safe and how get out fast from a building. We also learn how to give first aid if a friend is injured.

I believe you agree with me that you, me and everyone must know these simple life-saving skills.

And I know this is the reason why today hundreds of people from more than 29 states have gathered here in this Capital City – New Delhi.

From the bottom of my heart, together with children and youth of the World, I urge you to join your hands, your minds and your passions to create a better world for all of us.

I also would like to urge Government of India to enact the Climate Change Law as soon as possible from the paper to become action. I am organizing one “The Great October March’ on 21st October 2019 where over one million school children and youth will walk from India Gate to Parliament house. I need everyone support.

At school, even in KG Class, you teach us how to behave in this world. You teach us not to fight with others, to respect others, to clean up our mess, not to hurt other creatures, to share, not to be greedy, then why you don’t go out and do the things you tell us not to do.

Do not forget why you attending this program! Who you are doing this for! We are your own children. You are deciding what kind of world we are growing up in.

Parents should be able to come up for their children by saying everything going to be alright. It’s not the end of the world and we are doing the best we can. But I don’t think you can say that you are saving our planet.

Are we even in your list of priorities? My dad always says you are what you do, but not what you say.

Well! What you do makes me cry at night. You grown up and say you love us but I challenge you…. please makes your actions reflects your words. 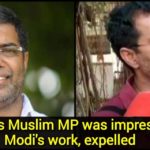