Karnataka Chief Minister HD Kumaraswamy became emotional while addressing a rally in Koppa. HD Kumaraswamy on Friday begged voters “to not fall for Prime Minister Narendra Modi’s “colourful” words”, hinting that usage of military achievements and that too during poll season was “pre-planned”.

Making an emotional appeal, Kumaraswamy said, “I’m pleading with you don’t believe PM’s colourful words. Why should we have enmity with neighbouring countries? Two years ago, a military officer had told me that PM will build a story before elections to get votes. They don’t ask for votes on development work.”

The chief minister cited India’s air strikes in Pakistan’s Balakot after February 14 Pulwama attack, and other achievements like Mission Shakti, which were highlighted by PM Modi weeks before the general elections.

This is the third time that Karnataka CM has got emotional while addressing a rally. In July last year, the CM got emotional by saying he’s “swallowing the poison” of being in an alliance arrangement. The other time he was spotted sobbing in Mandya in October.

“I had to go to hospital (because of ill health) day before yesterday. I won’t say what was the reason, but the day I betray my people, even though I’m alive I’m like dead,” he said. 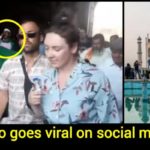