She has a reasonable explanation as to why she is doing these things to help children out. “My eyes accidentally strayed towards a room, where a tiny baby was in the same room as that of a sex worker and a man. The child would have barely been three months old. On questioning the woman later, she asked me whether I would take the responsibility of the child and not let her become a ‘randi’ (sex worker)” Gauri explains.

“Instead of approaching others, I decided that I will build a home for these children. The thought helped me realize the aptness of the phrase, ‘charity begins at home,’” she says.

“Every individual associate the fondest memories of childhood days with being careless and free in their grandparents’ homes. That’s what I want these children to have,” Gauri adds.

Seeing Gauri’s great work, the state chief electoral officer has been roped in as an ‘election ambassador’ in charge of creating awareness among voters and maximize the voting percentage.

The chief electoral officer’s office has now recruited transgender activist Gauri Sawant (38) as one of its 12 state ambassadors ahead of the Lok Sabha elections. Sawant is pleased as punch after her appointment and said that she is honoured to be appointed as the “one and only” transgender election ambassador in the country.

She cited that several women are also ignorant about their voting rights. “The voting day is (usually) a holiday and their husbands are at home, so they are busy cooking for them and do not go out to vote,” said Gauri Sawant.

“We will reach out to them and explain why it is important to vote and that many countries still do not give women the right to do so. If we cannot go to the border and fight, we should at least go to the election booth and vote,” she said.

Gauri Sawant was born and raised in a conservative family in Pune. After several years of difficulties, she launched her own NGO and also adopted a girl child in 2001. The child was left orphaned in 2001 after her mother’s death, a sex worker who died of HIV.

The baby’s grandmother decided to sell her to a dealer in Sonagachi in Kolkata and when Sawant learnt about it, she stepped forward to save the child by adopting her. 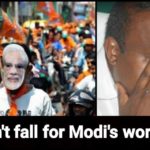