Union Minister for Road Transport and Highways, Nitin Gadkari’s income has escalated from Rs 2.7 lakh in 2013-14 to Rs 6.4 lakh in 2017-18, a sensational lift around 137 per cent in the five years. The senior BJP leader revealed his income hike in an election written statement attached along with nomination paper for the Nagpur Lok Sabha seat on March 25.

As per a report by The Times of India, the hike in Gadkari’s income was largely due to the hike which took in 2014-15 when his income rose to Rs 6 lakh. The report also suggests that it has been inactive in the years since.

Also, Gadkari declared 6 cars in his statement, four of which are in the name of his wife.

There has been a 10 per cent hike in Gadkari’s total assets in five years. It now stands at Rs 6.9 crore including his inherited property worth Rs 1.96 crore.

As far as his wife’s case is concerned, the increase in the value of assets is 127 per cent as compared to 5 years ago. The most important assets held by her are three properties with an aggregate value of Rs 4.4 crore and these properties include 1 plot of agricultural land estimated at Rs 88 lakh.

For the first time ever, the candidates who are contesting elections have to declare their overall income as shown in their Income Tax Returns (ITR) for the last five years, as recommended by the Election Commission of India.

“This time, I will win with a bigger margin. People have a good opinion of the work done by the Narendra Modi-led government in the last five years. Our government did more than (what was promised) in the poll manifesto,” Gadkari told reporters after filing his nomination. 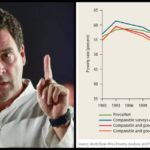 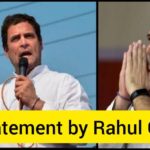