In a deadly encounter, the security forces neutralised an infamous Jaish-e-Mohammed (JeM) terrorist who was learnt to be the brain behind the Pulwama terror strike in which 44 CRPF paramilitary troopers lost their lives on February 14.

The 23-year-old Khan was an electrician by trait with a graduate degree. He hails from Tral. According to the reports, he arranged the vehicle and explosive used in the Pulwama terror attack.

Tantrey was eliminated in December 2017 and Khan vanished from home on January 14, 2018, and had been active behind the scenes ever since.

The sources quoted by PTI added that Mudasir Ahmed Khan was in touch with Adil Ahmed Dar, a teen bomber who drove the explosive-laden SUV in the suicide attack.

Ahmed Khan after doing his graduation, he did a one-year diploma course as ‘electrician’ from an Industrial Training Institute (ITI). FYI, Khan who was the eldest son of a labourer was also involved in the deadly attack on army camp in Sunjawan in February 2018 wherein six soldiers and one civilian lost their loves.

The sources went on to add that his role in the Lethpora attack on CRPF camp in January 2018 which left 5 soldiers of the security forces dead is also under scanner.

(With ANI and PTI inputs) 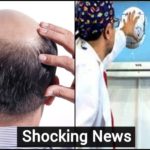 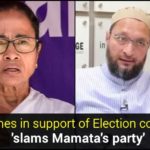