In yet another sensational development, Prime Minister Narendra Modi is all set to launch “One Nation One Card” on Monday in Ahmedabad. After this scheme comes into effect, the citizens can further pay for travel with this card on ‘any mode of transportation’.

ICentral government officials said ‘roll-out of the card’ and a new feature in all ‘credit and debit cards’ issued by the banks will help people to use them in POS machines deployed at ticket counters or they can also use them like Metro Rail smart cards to enter a platform.

“All new credit and debit cards issued by most banks have the National Common Mobility Card feature to make payments for their travel. This is like any other wallet,” a top official added in a statement.

Interestingly, Delhi Metro began a pilot run of newly designed Automatic Fare Collection counters (AFCs) that can read these cards for entry and exit at metro stations. While all new Metro rail networks would get these indigenously designed AFCs, current networks will slowly replace the operational ones, as confirmed by the officials.

They went on to add: India was one of the very few countries with “indigenous technology for AFCs” and a wide spectrum of rollout would even cut down their prices. So far, India relied on foreign technology players for this and they were charging high, which was the main reason for the products not being cheaper. 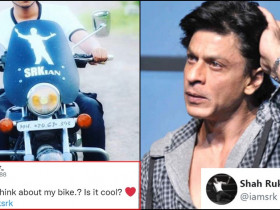 “What do you think about my bike? Is it cool?” Fan asks Shah Rukh Khan, check how he replied…