Mukesh Ambani and Nita Ambani’s daughter Isha Ambani happily tied the knot with Anand Piramal. It was no less than a dazzling affair as Bollywood celebrities namely Shah Rukh Khan, Salman Khan, Rekha, Karan Johar, Amitabh Bachchan, Jacqueline Fernandez and many more attended the bash to make it a special one.

Isha Ambani stole the spotlight in her bridal wear while she was seen performing customary wedding vows with Anand Piramal. Bride Isha put on a lehenga by Abu Jani and Sandeep Khosla. He wrote, “AN ETERNAL ROMANCE. Abu Jani Sandeep Khosla for Isha Ambani @_iiishmagish, Isha Ambani wore a 16-panelled ghagra in 2 shades of off-white that features a trail.

Each panel is hand embroidered. Mughal Jaalis and floral panels alternate in the finest zardozi, vasli, mukaish and nakshi work. Every flower or jaali is highlighted with Crystals and sequins. Red or vermilion the iconic bridal hue features in the zardozi borders, lending an auspiciousness to the ensemble.” 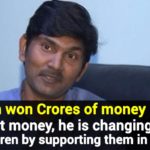