We have more respect for our Indian soldiers who guard the nation like a ‘shield’ in the Line Of Control. They go sleepless for days, climbs the mountain and terrain just to make sure that there is no infiltration in the region.

There is no big thing in the world than sacrificing your own life for the nation. Had it not been for brave soldiers, the nation wouldn’t have survived all the calamities without the shadow of any doubt.

One such officer who made supreme sacrifice and happily died for the nation was Naik Rambeer Singh Tomar. He gave absolutely everything without even caring about his life. He was an Indian military officer with the 15th Battalion of the Kumaon Regiment.

While being sent on a very important mission to 26 Rashtriya Rifles in Jammu and Kashmir, Rambeer Singh Tomar alone searched a house for terrorists. He approached tactically and made smart moves to kill four soldiers but received severe gunshot wounds on his body and succumbed to his injuries on March 3, 2002.

For his valour and self-sacrifice away from the battlefield, Rambeer Singh was posthumously awarded the Ashoka Chakra, which is the highest peacetime military decoration in India. It is the peacetime similar to the Param Vir Chakra and is awarded for the “most conspicuous bravery or some daring or pre-eminent valour or self-sacrifice” when confronted with the enemy.

It’s because of officers like him, our country is maintaining its status quo loud and proud. The citizens will forever be indebted to Naik Rambeer Singh Tomar’s services for the nation. Let’s take a moment to appreciate this officer for his unmatched bravery, heroism. 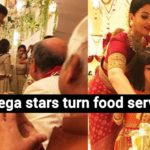 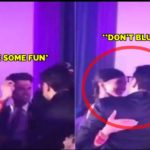