Self-proclaimed Atheist Javed Akhtar is known for false statements. He recently appeared on national TV where he projected Alauddin Khilji as a secular during the debate with writer Tarek Fatah.

Lyricist and screenwriter Javed made another fake claim by referring Khilji and other invaders as Indian patriots and secular. Khilji was protecting India from Mongols, he added. Javed publicly lies to defend Islamic extremist rulers. Akhtar said those who oppose him do not have knowledge about history.

Tarek Fateh says “Khilji burnt Nalanda and a station is named after him” referring to Bakhtiyar Khilji. Javed Akhtar responds with “but Alauddin was a great defender“

Akhtar has expressed his views several times on intolerance in India. He once said that he feels a sense of insecurity in the country. Javed Akhtar made another fake claim by saying that Alauddin Khilji constructed forts in Kandahar and stopped Mongols.

Alauddin Khilji was from the Khalji dynasty. He was the most powerful ruler of his dynasty, he had cheated with his uncle and stabbed in his back while hugging him and declared himself the next Sultan of Delhi. He was really desperate about ruling over the world and had a desire to become the second Alexender.

Javed, who claims that he has enough knowledge about Indian history and tells others to read history, must know the difference between Bakhtiyar & Alauddin. Akhtar tries to project Khilji as secular and claims that Khilji refused to go to Dargah of Nuzamuddin Auliya. However, it is not mentioned anywhere at all that Khilji refused to visit Nizamuddin Auliya. So, Javed faced flak on social media for making false statements.

He was criticised a lot on social media by netizens as he praised Khilji and other invaders who raided many Hindu Kingdoms and looted treasures in India. However, Alauddin Khilji’s kingdom ended at the river Indus.

It is said that Allaudin Khilji was the most brutal & lusty King. He declared himself as a prophet of Allah. After becoming sultan he massacred thousands of people in Delhi, also numerous rapes were committed by him & his soldiers.

Khilji’s father himself escaped from Mongols to save himself and reached India. Mongols conquered ancestral Khilji lands in Central Afghanistan. Khilji & his father could bring their land back from Mongols and no Khiljis is there at present. 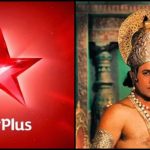 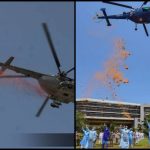