Though the party that decides everything, Sushma was very specific about her decision as she made up her mind not to contest the upcoming elections.

Things came to light when the minister hit out at remarks that she had been “inactive” for close to a year because she hadn’t attended any election meetings. Sushma who has contested 11 elections so far has revealed that she was not active for a year on the account of a ‘kidney condition’.

Sushma, one of the senior most leaders of the ruling BJP was forced to be away from her official agreement for months in 2016 owing to a diabetes condition. She had a kidney transplant. In November 2016, the Twitter-savvy minister uploaded the news herself.

“I am in AIIMS because of kidney failure. Presently, I am on dialysis. I am undergoing tests for a Kidney transplant. Lord Krishna will bless,” she said before her surgery.

Today, Ms Swaraj’s husband Swaraj Kaushal also reacted to her announcement on the micro-blogging Twitter platform. “Madam, Thank you very much for your decision not to contest any more elections. I remember there came a time when even Milkha Singh stopped running,” tweeted Mr Kaushal who is a former governor of Mizoram. 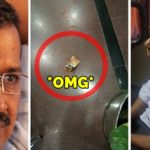